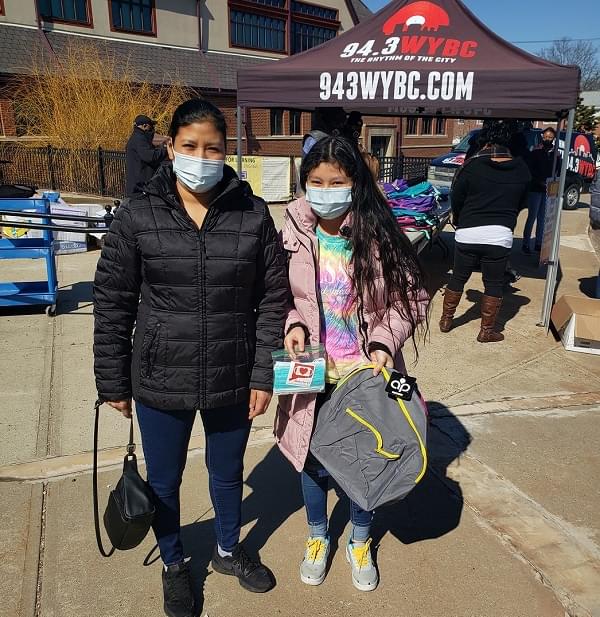 WYBC was at the New Haven Public Schools City-Wide Rally to Welcome Back students to in-person hybrid learning. The rally was held at Celentano School and free backpacks, school supplies and masks were handed out!

Check out our photos! 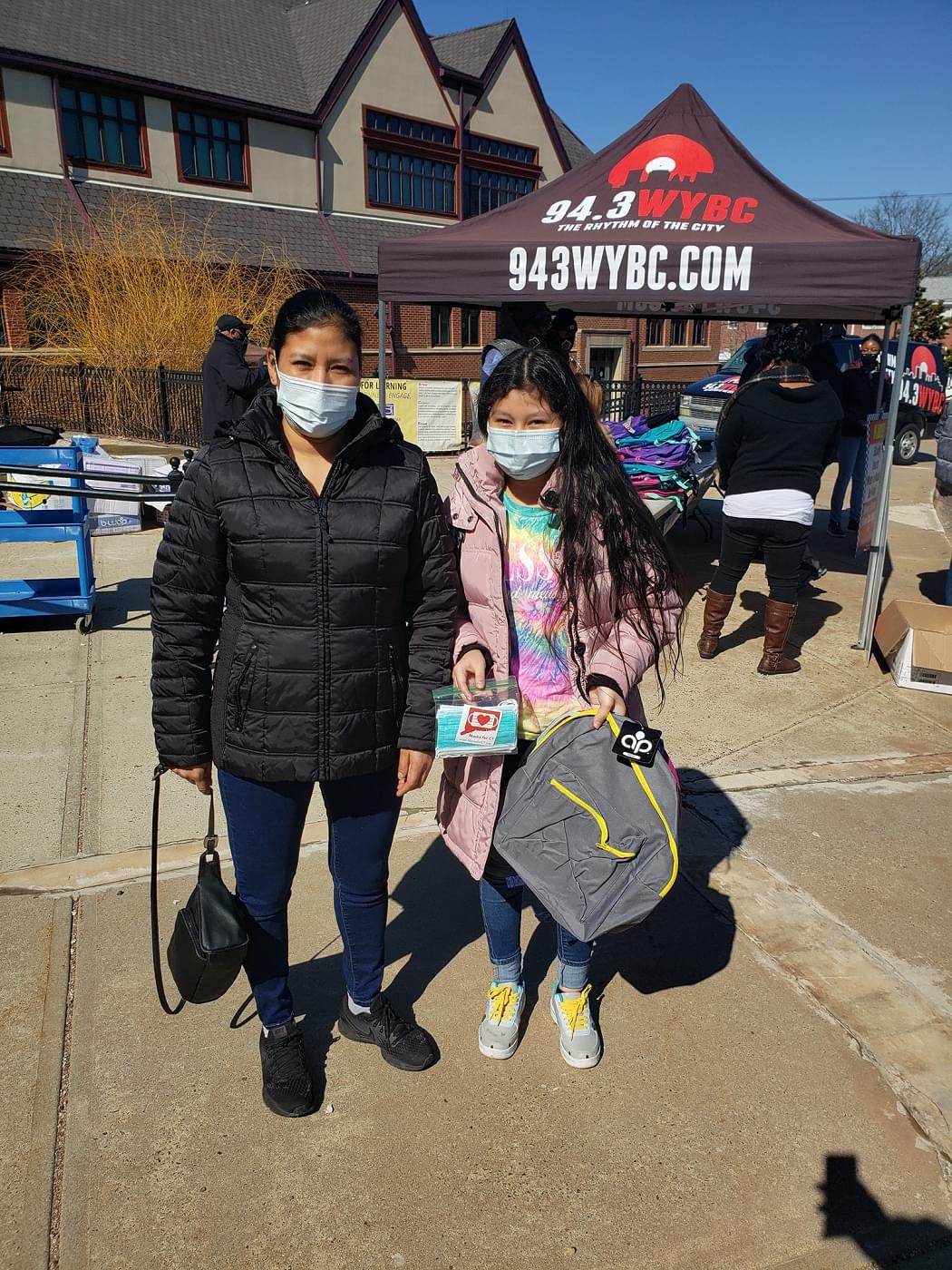 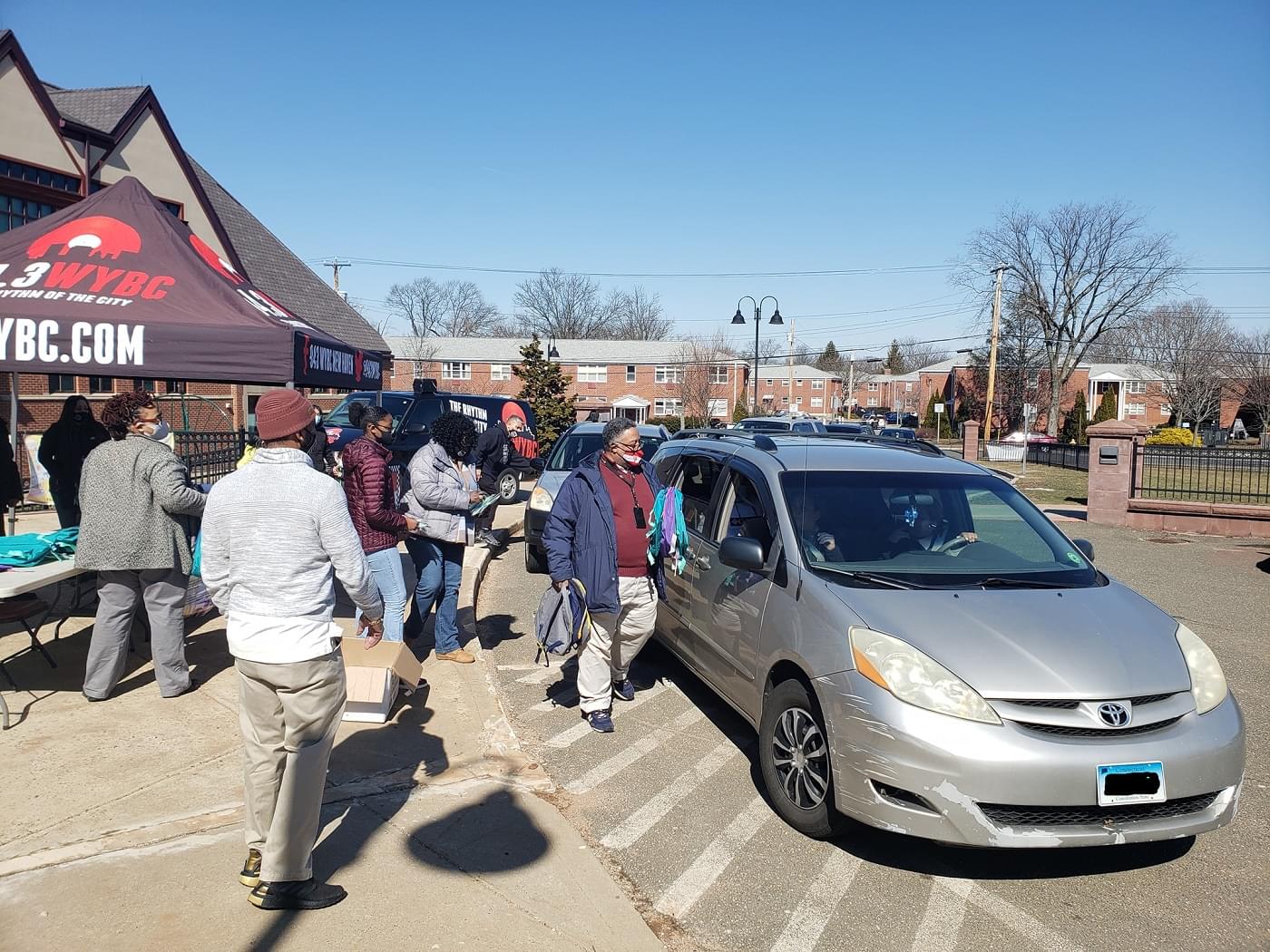 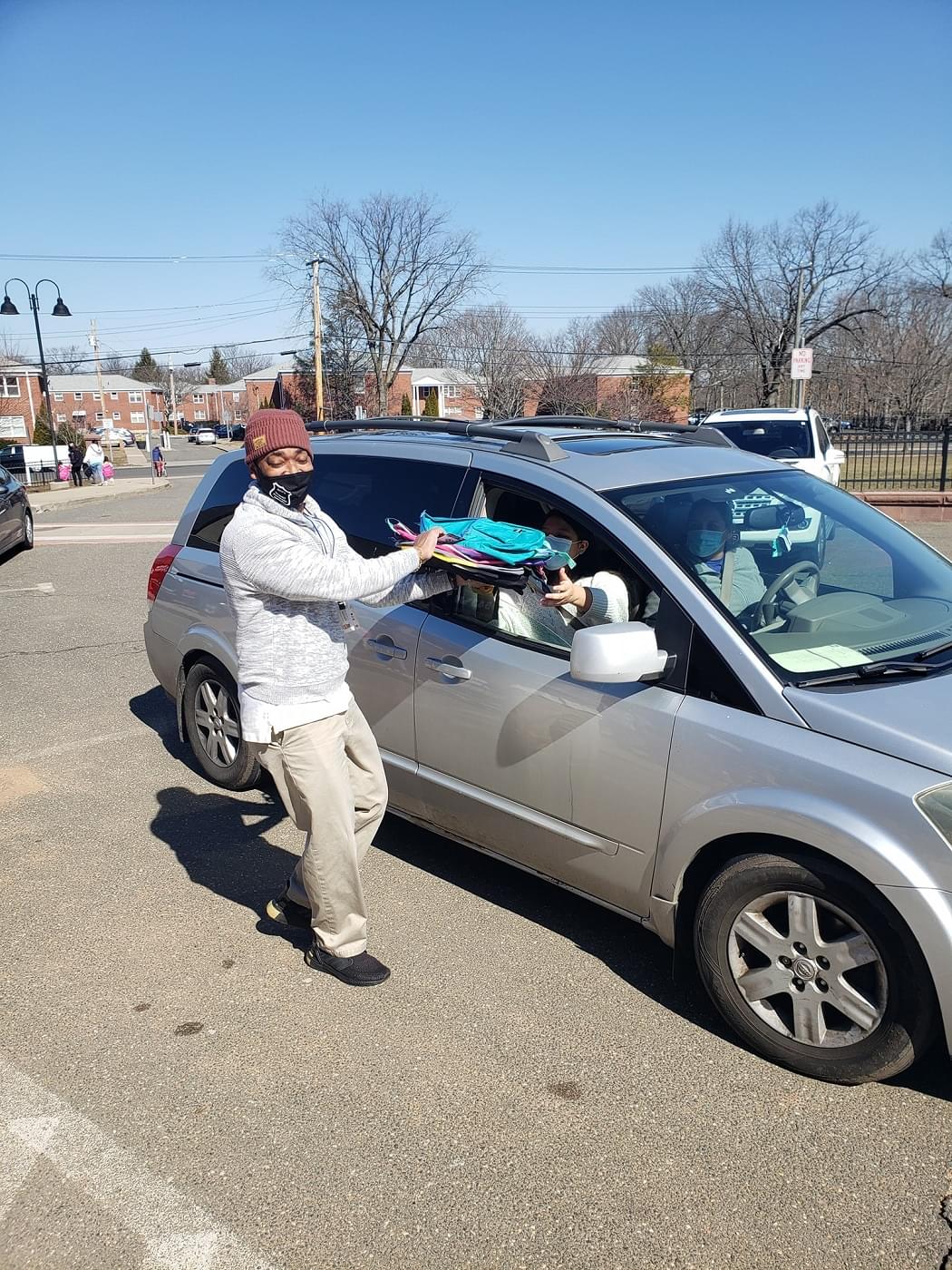 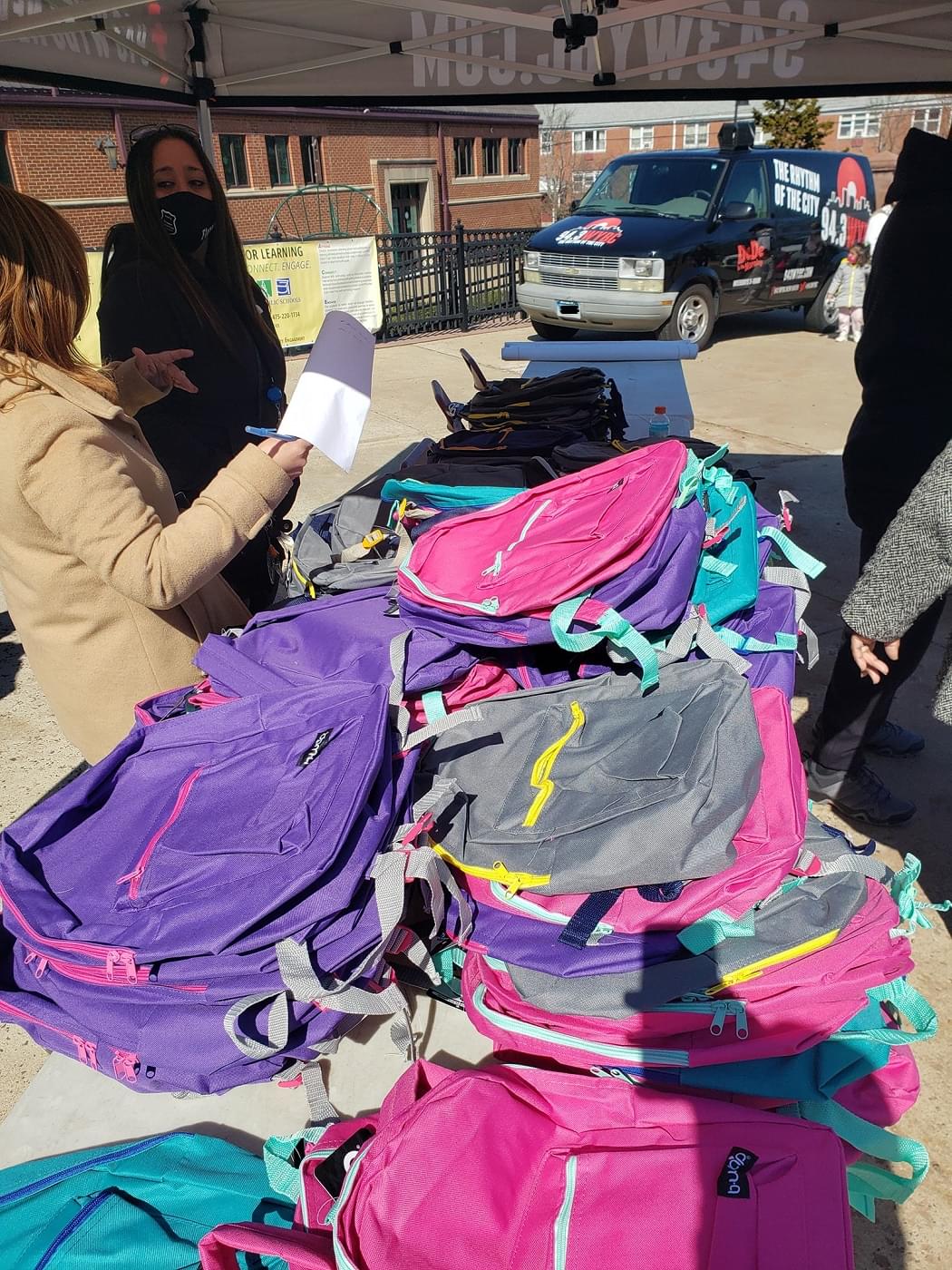 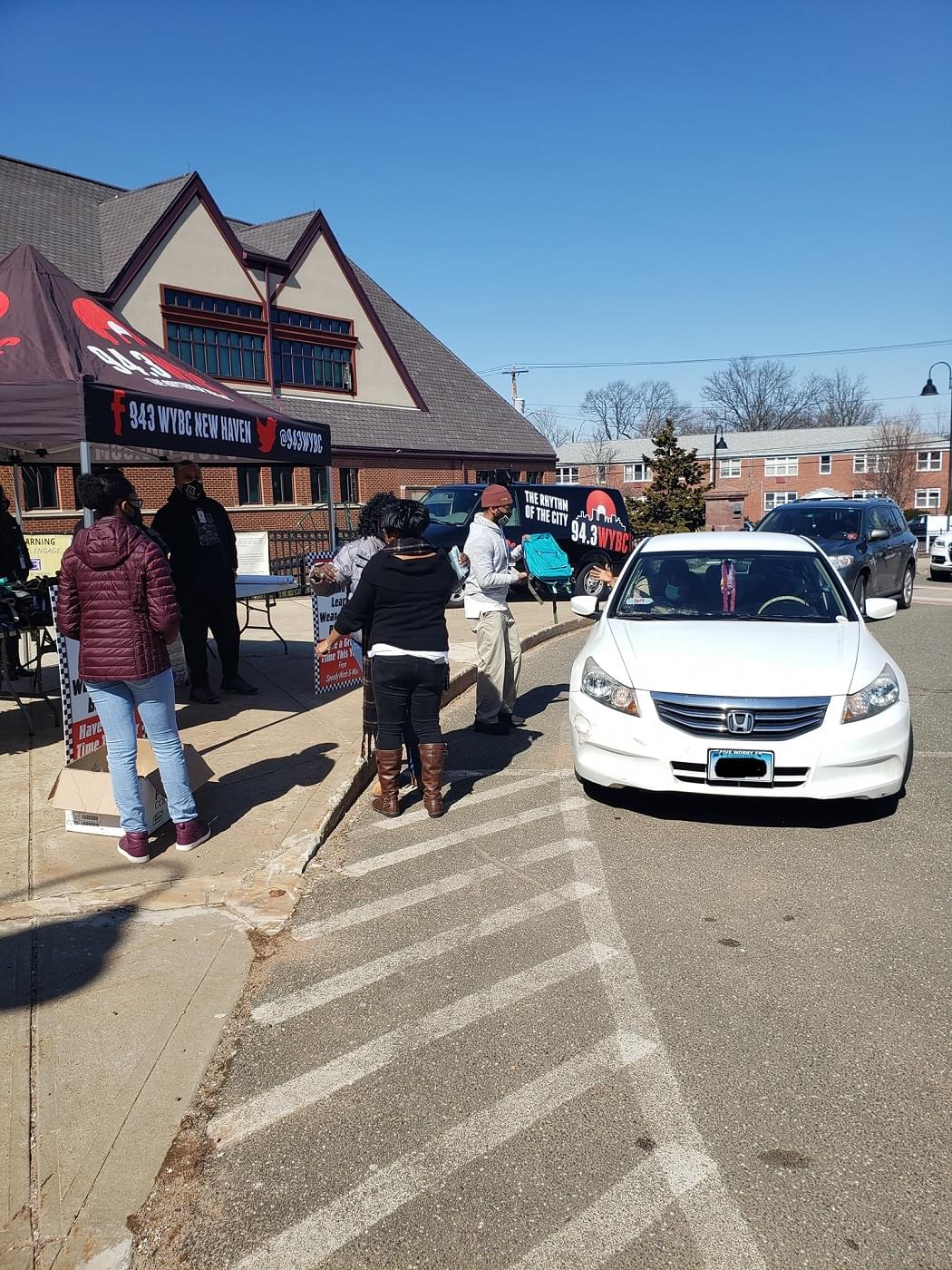 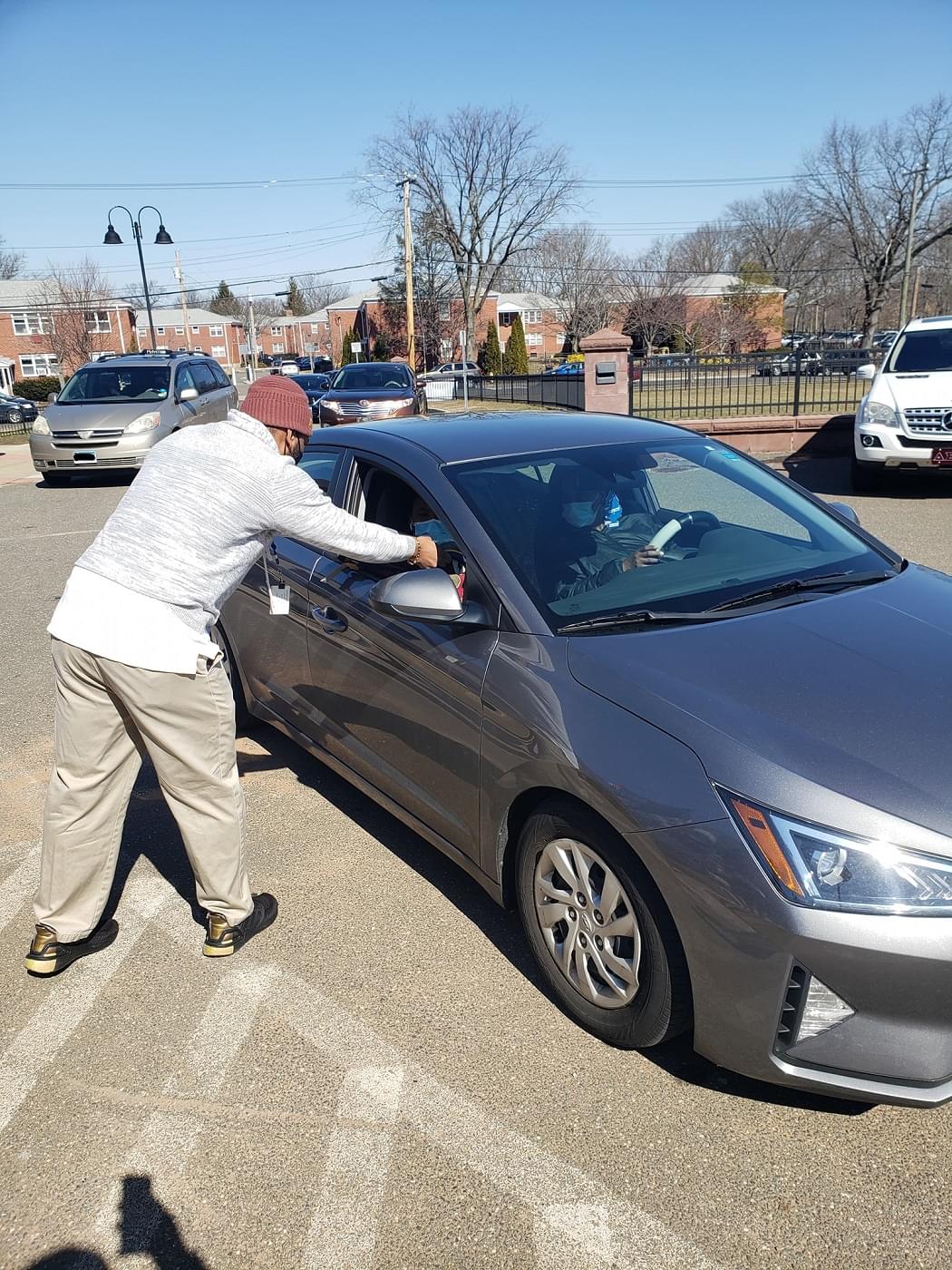 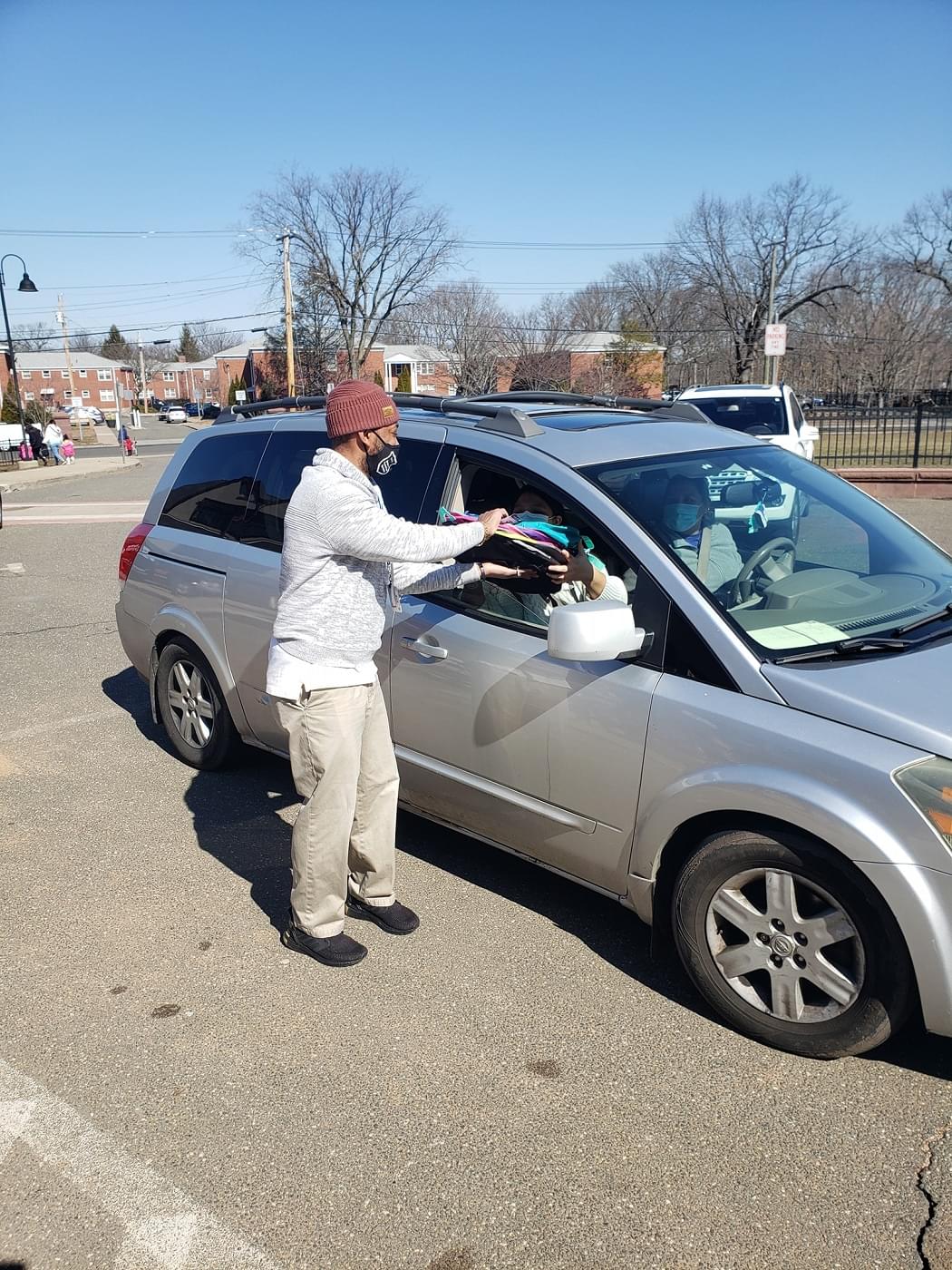 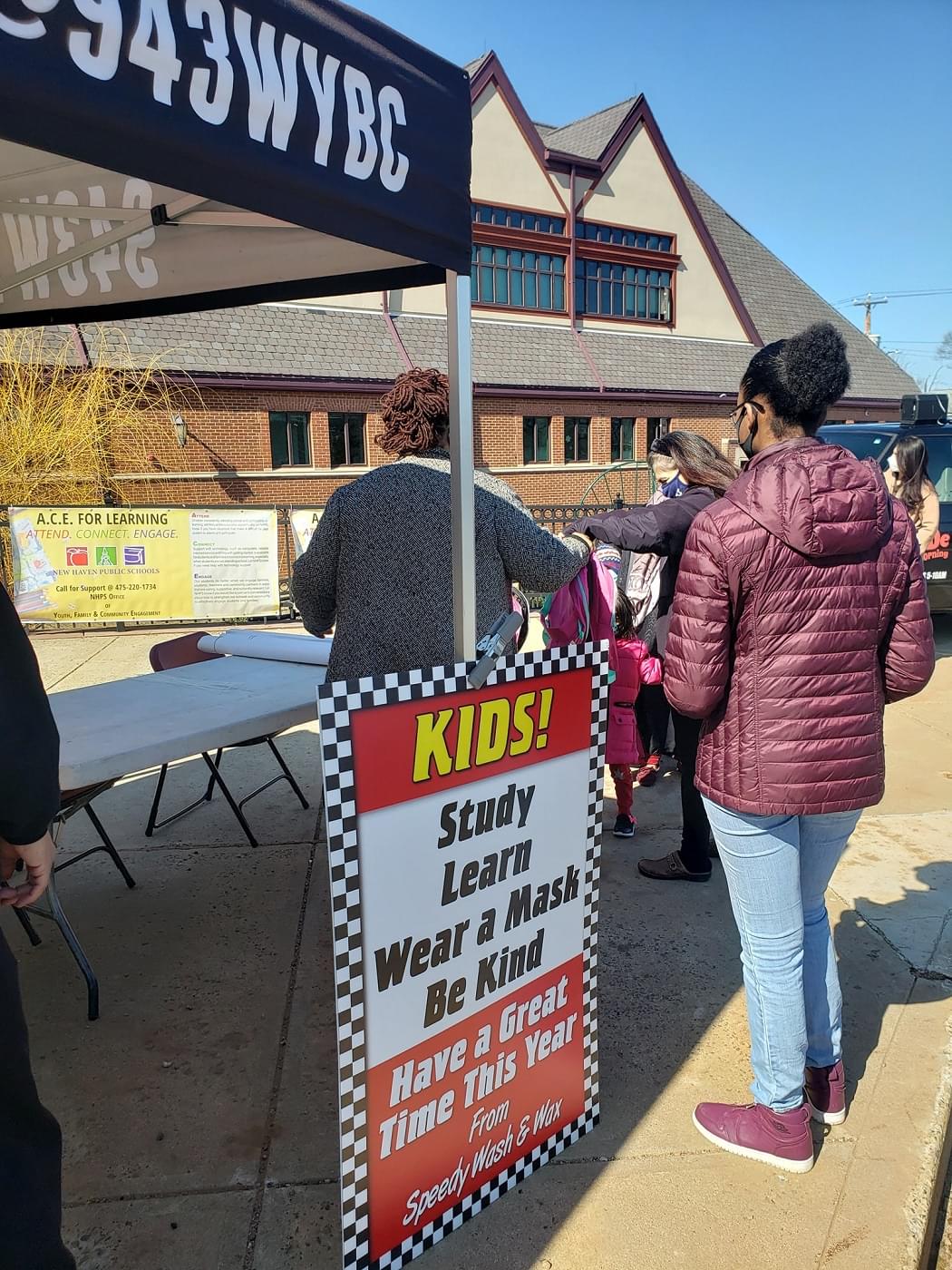 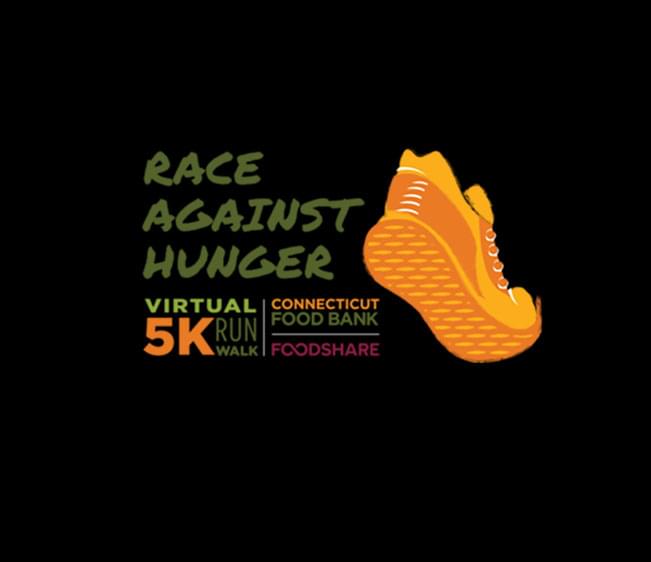 As the COVID-19 pandemic continues to impact our lives, thousands of families throughout Connecticut are still in need of food assistance. The Race Against Hunger benefits Connecticut Food Bank/Foodshare to raise funds as they work around the clock to feed those in need throughout the state. This virtual 5K run and walk takes place between April 5th – April 11th at the time and place of your choosing!

The virtual event keeps runners connected and motivated while continuing to keep our distance! Support our Connecticut community, register now to help the state’s largest source of emergency food assistance!

All registered participants will be mailed a custom race bib and an event sticker. Put your sticker on your water bottle, car, laptop, bike, or anywhere you want and show your support for the Race Against Hunger!

Stay Safe Out There! 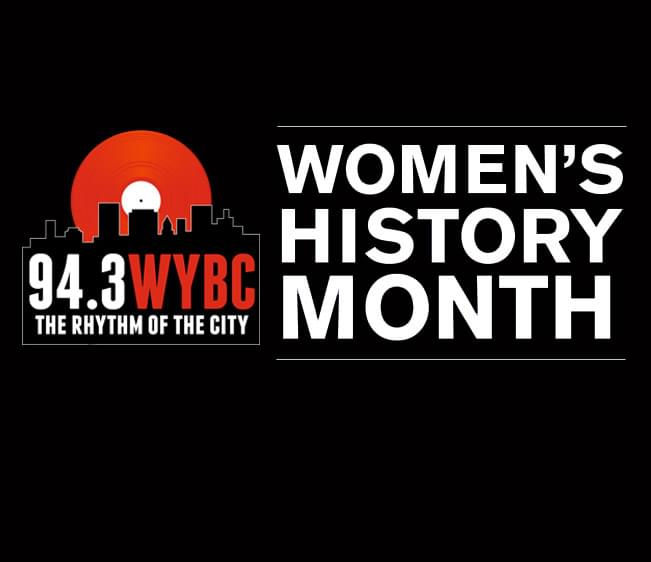 March is Women’s History Month! All month long 94.3 WYBC is celebrating the vital role of women in American history.

Listen everyday as we highlight a significant figure in Women’s History, both local and national. 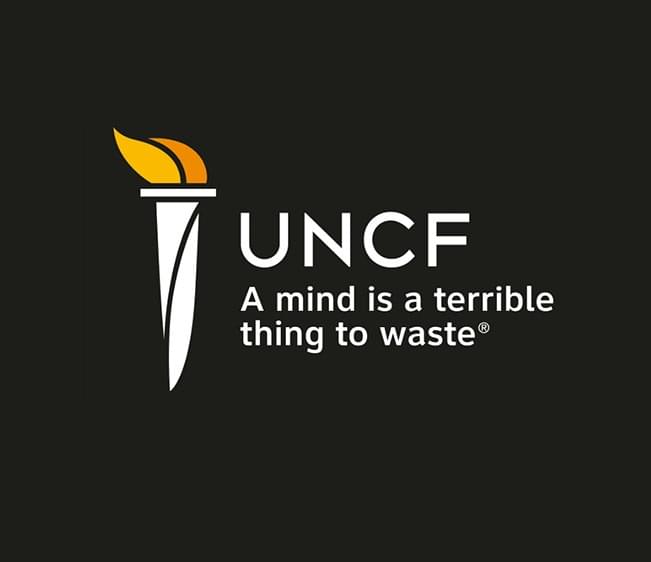 Connecticut Wealth Management, LLC (CTWM) is pleased to announce the launch of the Connecticut Wealth Management Scholarship 2021, in partnership with the United Negro College Fund (UNCF). The scholarship is open to Connecticut residents who are African American college sophomores who meet academic and needs-based criteria. One winner will be awarded $10,000 for college, with half distributed their junior year and half their senior year.

This is currently the only UNCF college scholarship sponsored by a company in Connecticut specifically for African American students in the state. The financial and wealth management firm partnered with the UNCF as a positive step to address racial equity on a statewide level.

The CTWM Scholarship deadline for completed applications is March 24, 2021. The CTWM Scholarship is a need-based scholarship program for students from Connecticut, with one scholarship awarded to a junior in the 2021-22 academic year. The recipient is eligible for renewal senior year, provided eligibility criteria continues to be met.

To be considered and accepted, students must meet the following criteria:

· Be African American
· Minimum cumulative grade point average of 2.75 on a 4.0 scale
· Complete the Free Application for Federal Student Aid (FAFSA) form and have a demonstrated, unmet financial need as verified by their college or university
· Reside in or be a permanent resident of Connecticut
· Be a college sophomore during the time of application
· Students shall submit an online application complete with:
o A letter of recommendation
o A statement of career interest
o A current transcript (unofficial)
· All majors encouraged to apply; preference will be given to business or business-related majors

“We are thrilled to offer our first-ever scholarship to an aspiring, African American student this year in partnership with the United Negro College Fund,” said Kathleen M. Christensen, CPA/PFS, CDFA®, Partner of CTWM. “It’s critical to take action to help bridge racial equity in Connecticut, and we’re proud to offer the scholarship as an educational opportunity to a deserving student.”

Diego Aviles, Vice President, Fund Development, UNCF Northeast Division says, “We are grateful to have a firm like Connecticut Wealth Management establish this wonderful new scholarship program. We have learned that philanthropy is not enough. Voice matters. Philanthropy with voice can be the important equation to bring the necessary change for racial justice and equity that is so needed in our country.”

For more information about the scholarship, applicants can visit here.

About UNCF
UNCF (United Negro College Fund) is the nation’s largest and most effective minority education organization. To serve youth, the community and the nation, UNCF supports students’ education and development through scholarships and other programs, supports and strengthens its 37 member colleges and universities, and advocates for the importance of minority education and college readiness. UNCF institutions and other historically black colleges and universities are highly effective, awarding nearly 20% of African American baccalaureate degrees. UNCF administers more than 400 programs, including scholarship, internship and fellowship, mentoring, summer enrichment, and curriculum and faculty development programs. Today, UNCF supports more than 60,000 students at over 1,100 colleges and universities across the country. Its logo features the UNCF torch of leadership in education and its widely recognized trademark, ‟A mind is a terrible thing to waste.”® Learn more at UNCF.org.

1972 – Dr. Jerome H. Holland was elected to the board of directors of the New York Stock Exchange on this day

1897 – Willie Covan, one of the first successful tap dancers was born on this day

1981 – U.S. government granted Atlanta some $1 million to finance mental health and social programs in the wake of a mysterious series of abductions and slayings involving at least twenty two Black youths

2012 – Donald Payne, a Democrat, was the first African American elected to Congress from the State of New Jersey.  Payne was born in Newark, New Jersey

1964 – Wanda Sykes is an American actress; comedian, writer, and voice artist was born on this day.

1913 – Harriet Tubman, “engineer” of the Underground Railroad died on this day.

1999 – The U.S. Supreme Court declared Joseph Cinquez and his fellow mutineers free. In August 1839, in the most famous slave ship revolt in history, Cinquez, the son of an African king, and his Mendi followers had killed the captain and taken over the Spanish slaver the Amistad. The rebels were captured off Long Island, where they had been discovered floating in a “mysterious long black schooner “with tattered sails before trying to sail the Amistad back to Africa

1933 – Quincy Jones, Music Impresario, was born on this day.

1960 – Kirby Puckett, a professional baseball player for the Minnesota Twins, was born on this day in 1960

1933 – Spingarn Medal presented to YMCA secretary Max Yergan for his achievements as a missionary in South Africa, “representing the gift of cooperation…American Negroes may send back to their Motherland

1869 – Hiram R. Revels made his first speech in the Senate, opposing the readmission of Georgia without adequate safeguards for Black citizens. This was the first official speech by a Black in Congress

1919 – Nathaniel Adams Cole was a world renowned Jazz musician, born on this day in Montgomery, Alabama

1941 – Wilson Pickett was born on this day in Prattville, Alabama.

1970– Queen Latifah, a New-Jersey born African-American whose real name is Dana Elaine Owens, was born on this day.

1619– Birthday of William Tucker, the first African child born in the colonies. Tucker was baptized in Jamestown, Virginia. There are unconfirmed reports that he lived to be 108 years old.

1930 – Ornette Coleman, saxophonist, was born on this day.

1852 – Uncle Tom’s Cabin, a novel by Harriet Beecher Stowe, published on this day in Boston, MA.

1950 – Ron Oden is the first African American and the first openly gay man to hold the office of Mayor of Palm Springs, California. Born on March 21, 1950

1942 – Politician, writer and activist Walter Rodney was born on this day.

1942 – Former professional football player, businessman, and diplomat, Sidney Williams was born on this day in 1942.

1942 – Aretha Franklin, one of the most successful female recording artists of all time, was born on this day.

1967– Debi Thomas, the 1988 Olympic Bronze medalist in figure skating was born on this day.

1944 – Actress/Singer Diana Ross, of the Supremes singing group, was born in Detroit, Michigan

1969– Black Academy of Arts and Letters founded at Boston meeting

1964 – Tracy Chapman, an American singer-songwriter, was born on this day.

1988 – Toni Morrison wins the Pulitzer Prize for her novel ‘Beloved’ 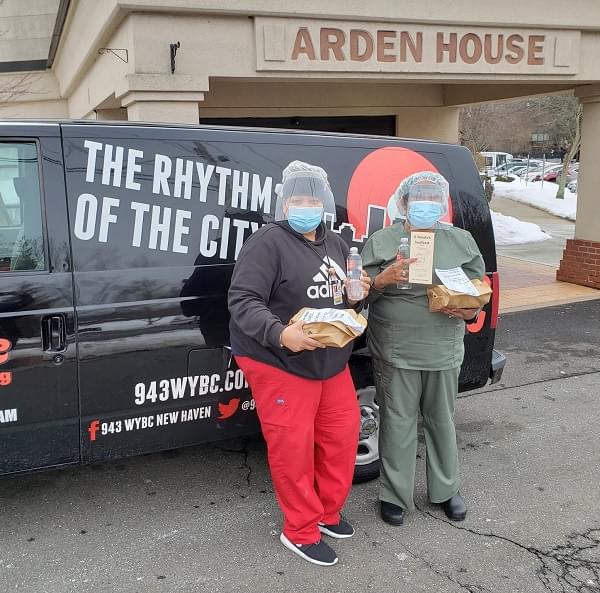 Kidra, who works at the Arden House in Hamden, is our WYBC Virtual Lunch Club winner for February 2021! Her and her co-worker Gail got to enjoy a virtual lunch on Zoom with Wanda Coppage courtesy of our good friends at D’Amato’s Seafood in New Haven!

Want to win a free virtual lunch with Wanda? Go to our Contest Page and enter to win! 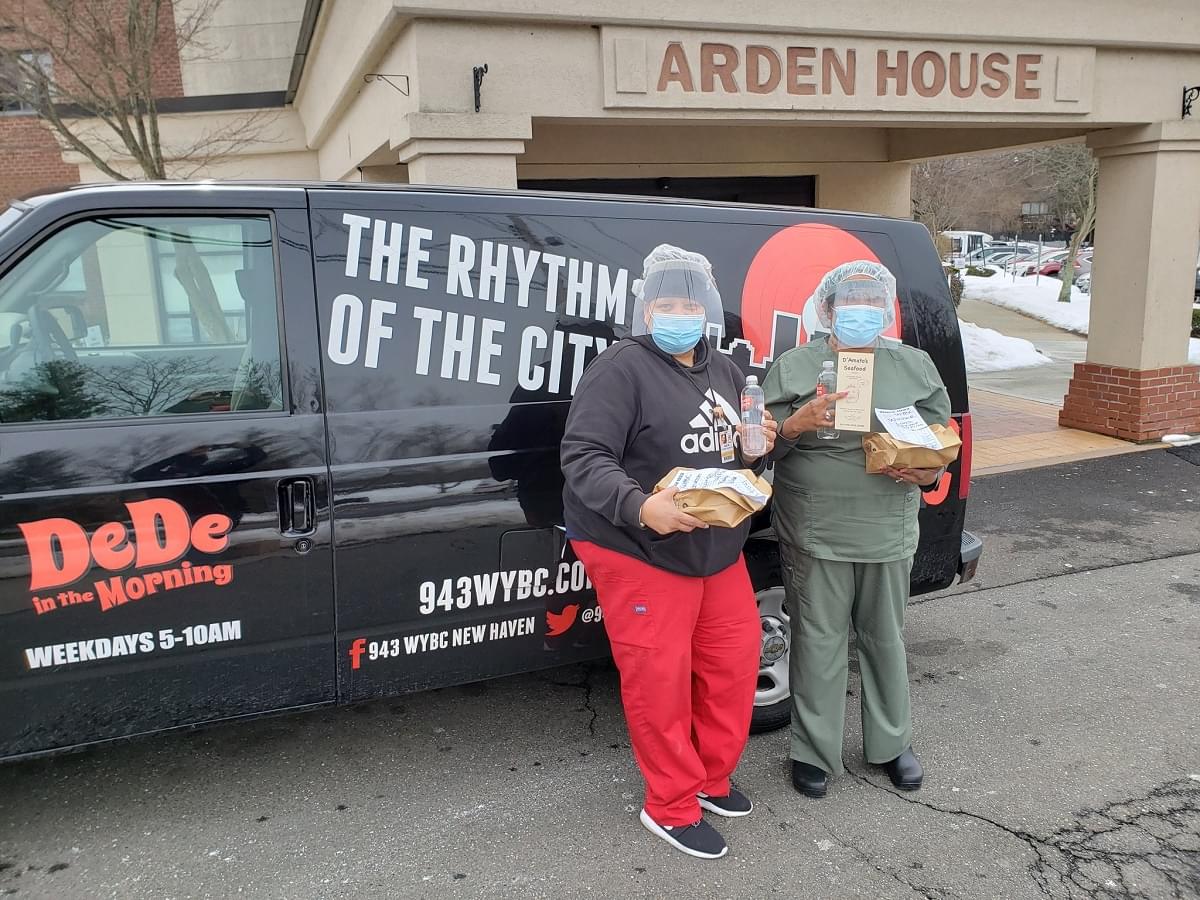 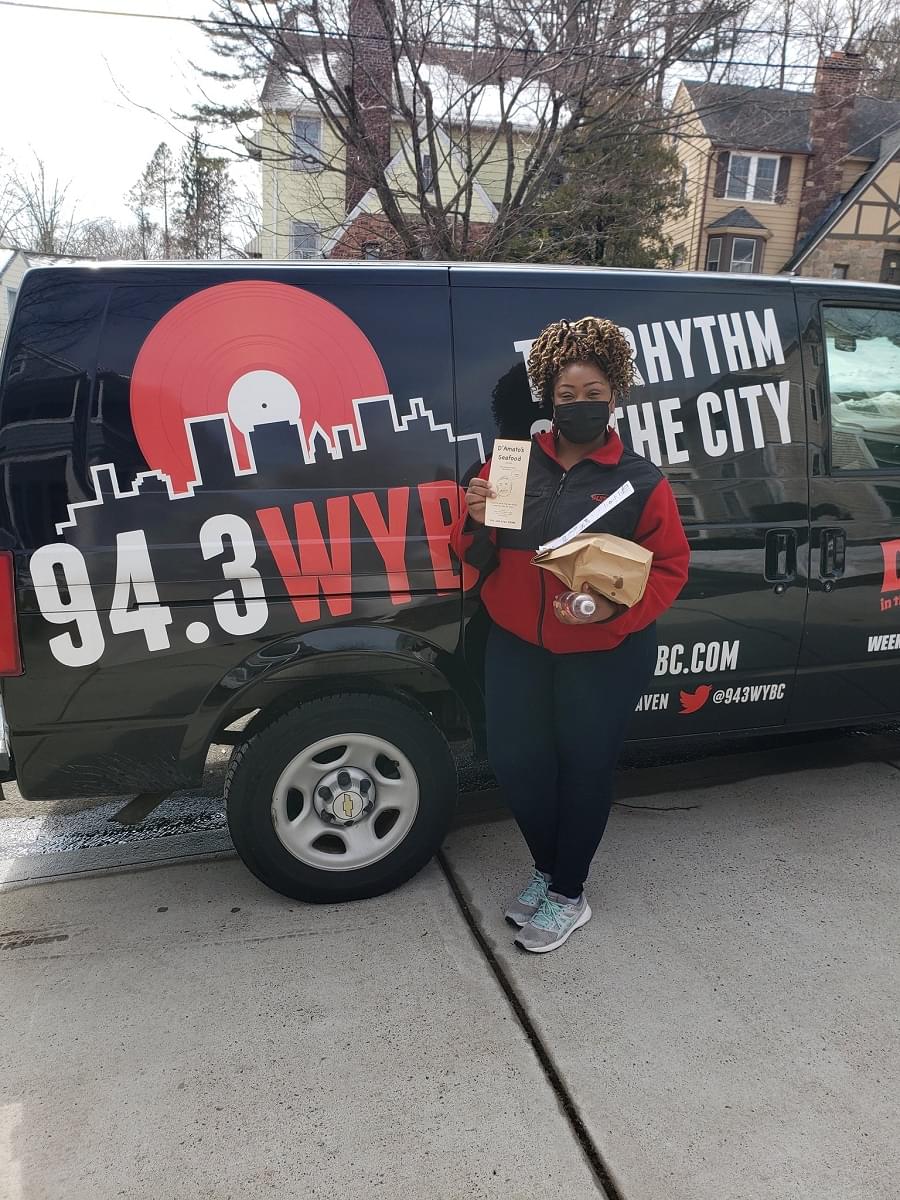 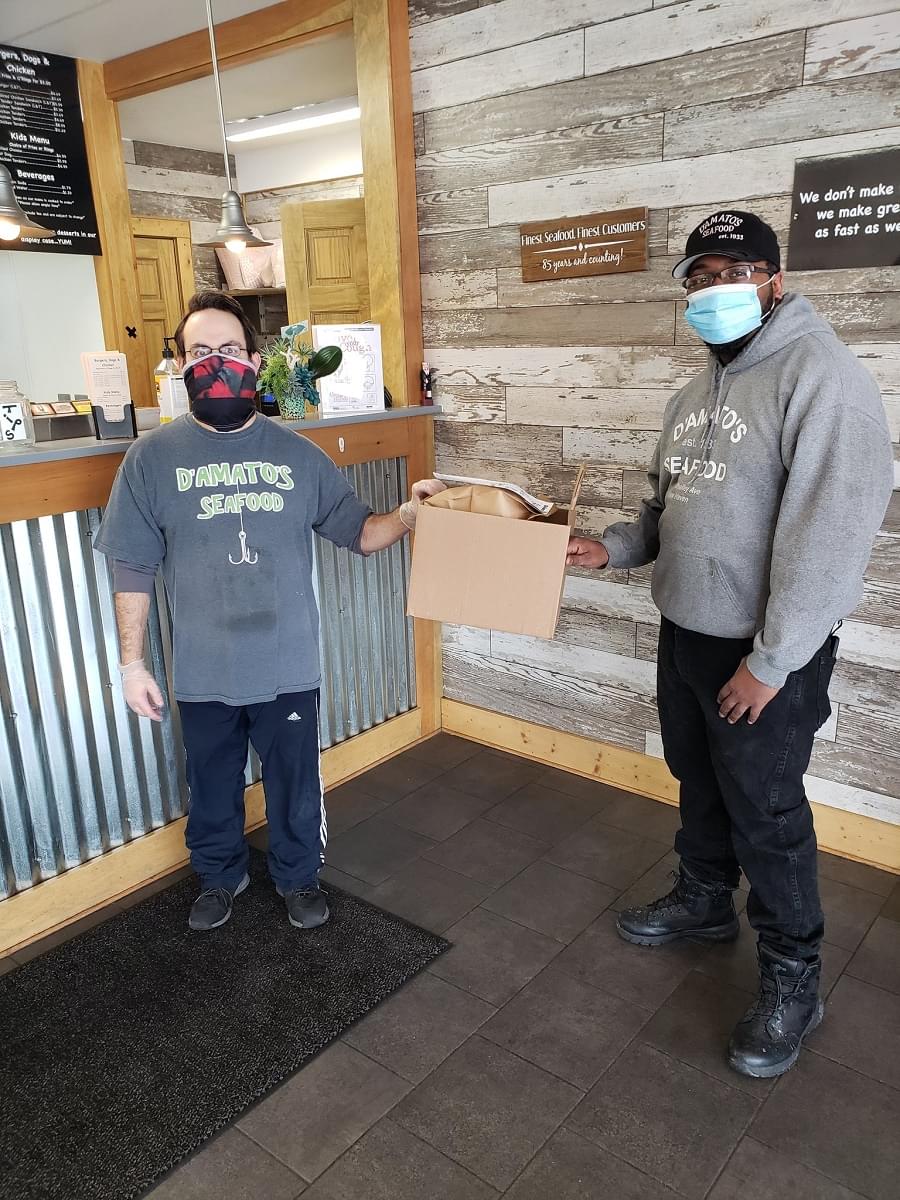 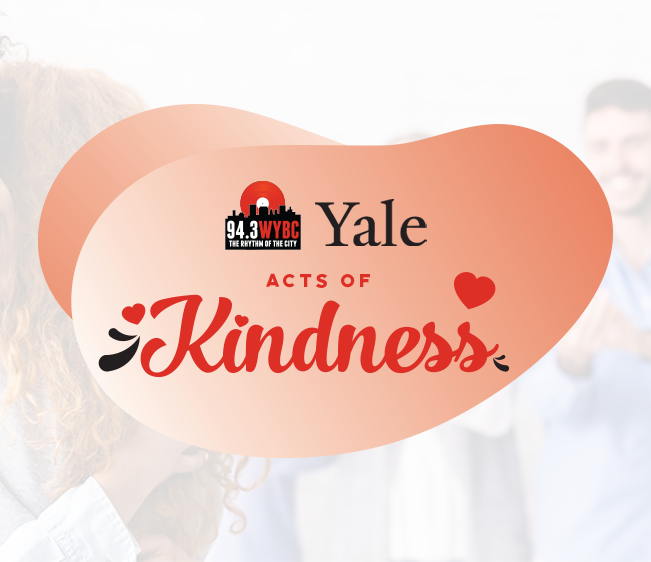 94.3 WYBC knows 2021 will continue to be very strange and stressful for many of us. That’s why WYBC and Yale University are determined to help brighten your day with our Acts of Kindness!

Be on the lookout for the WYBC street team in the community each Wednesday. We might buy your coffee, your lunch or even your haircut!*

It’s all part of our Acts of Kindness!

This Acts of Kindness Program in support of local Black owned businesses is sponsored by Yale University.

Our Acts of Kindness at Ricky D’s Rib Shack 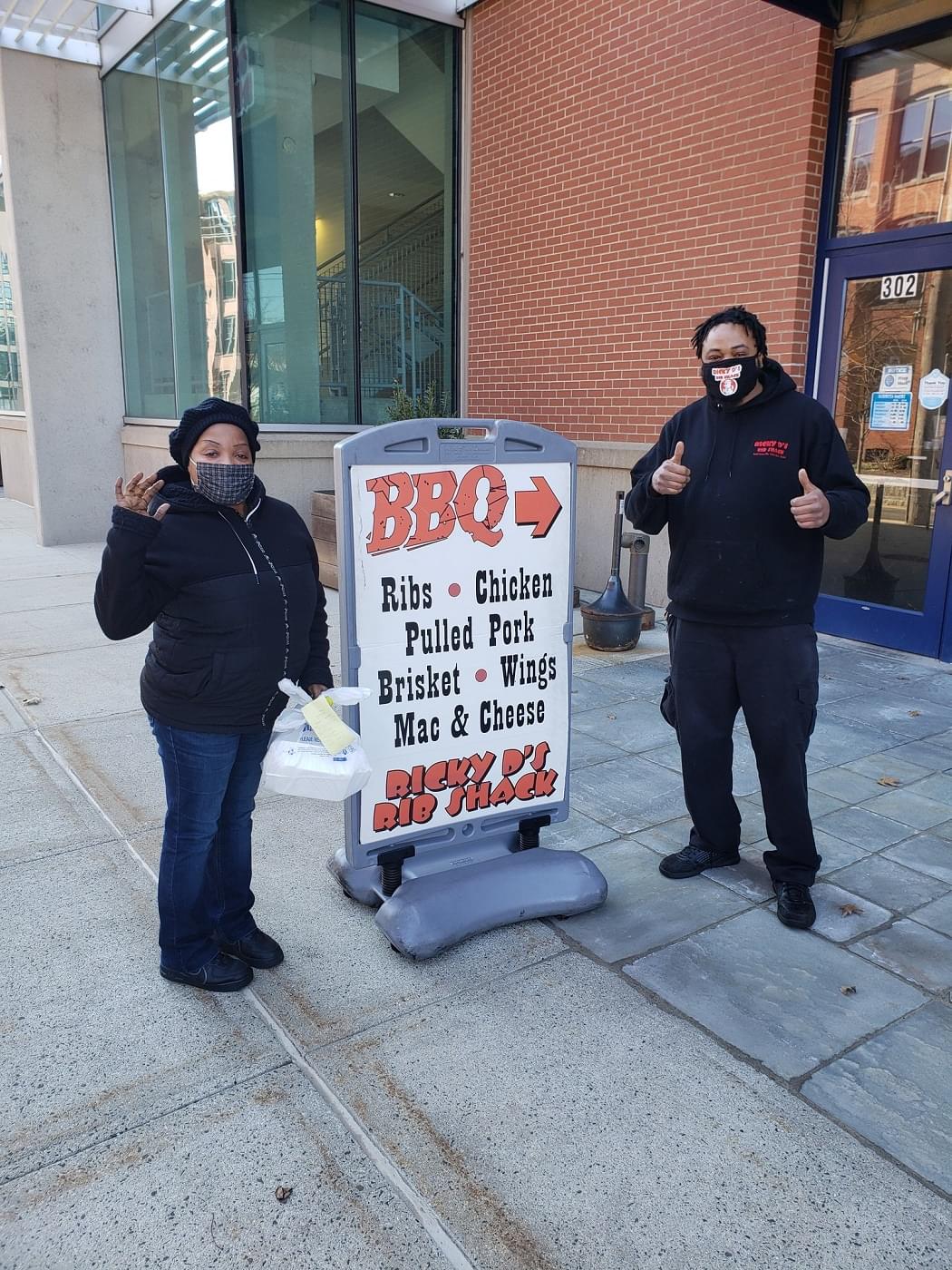 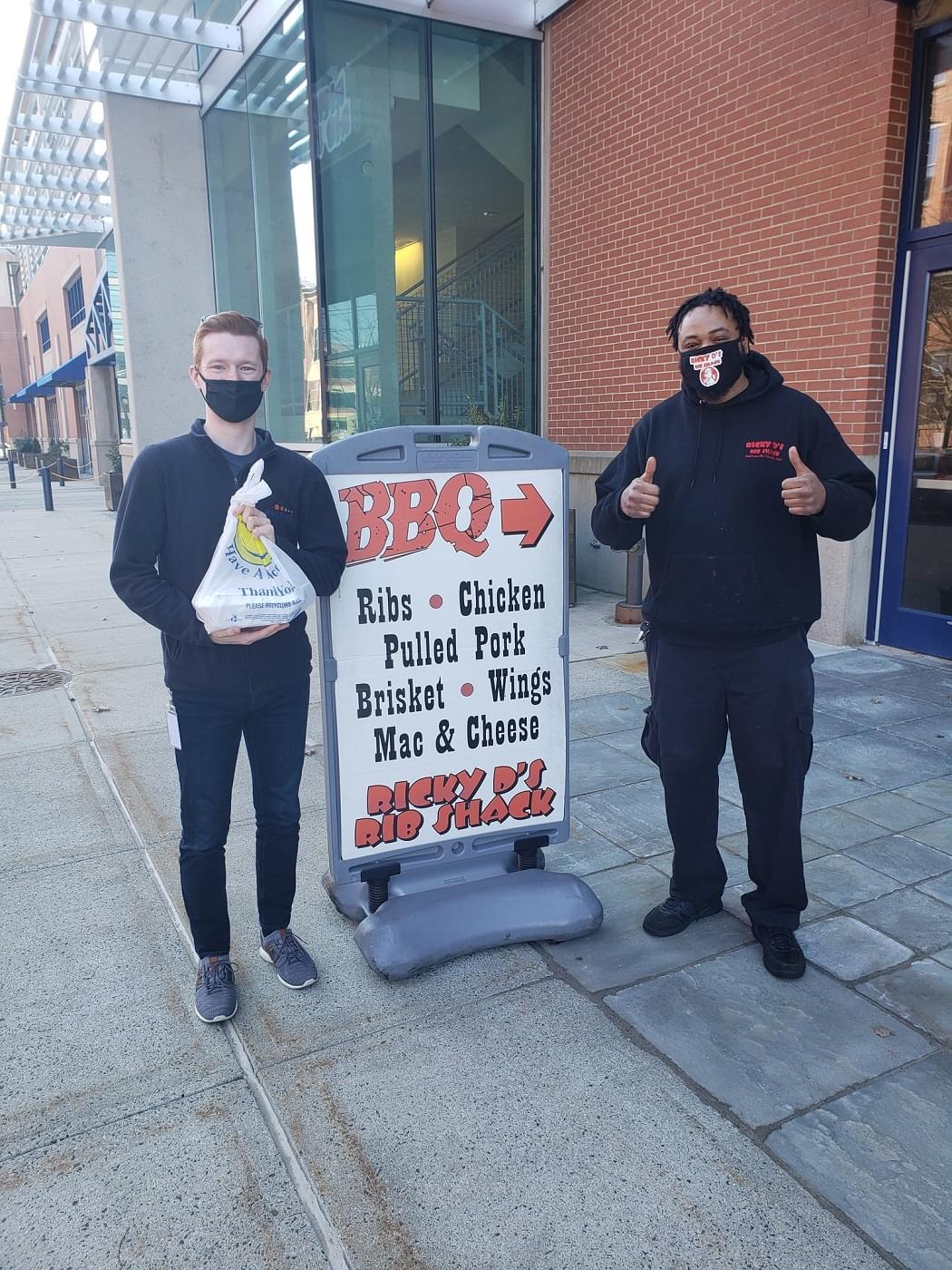 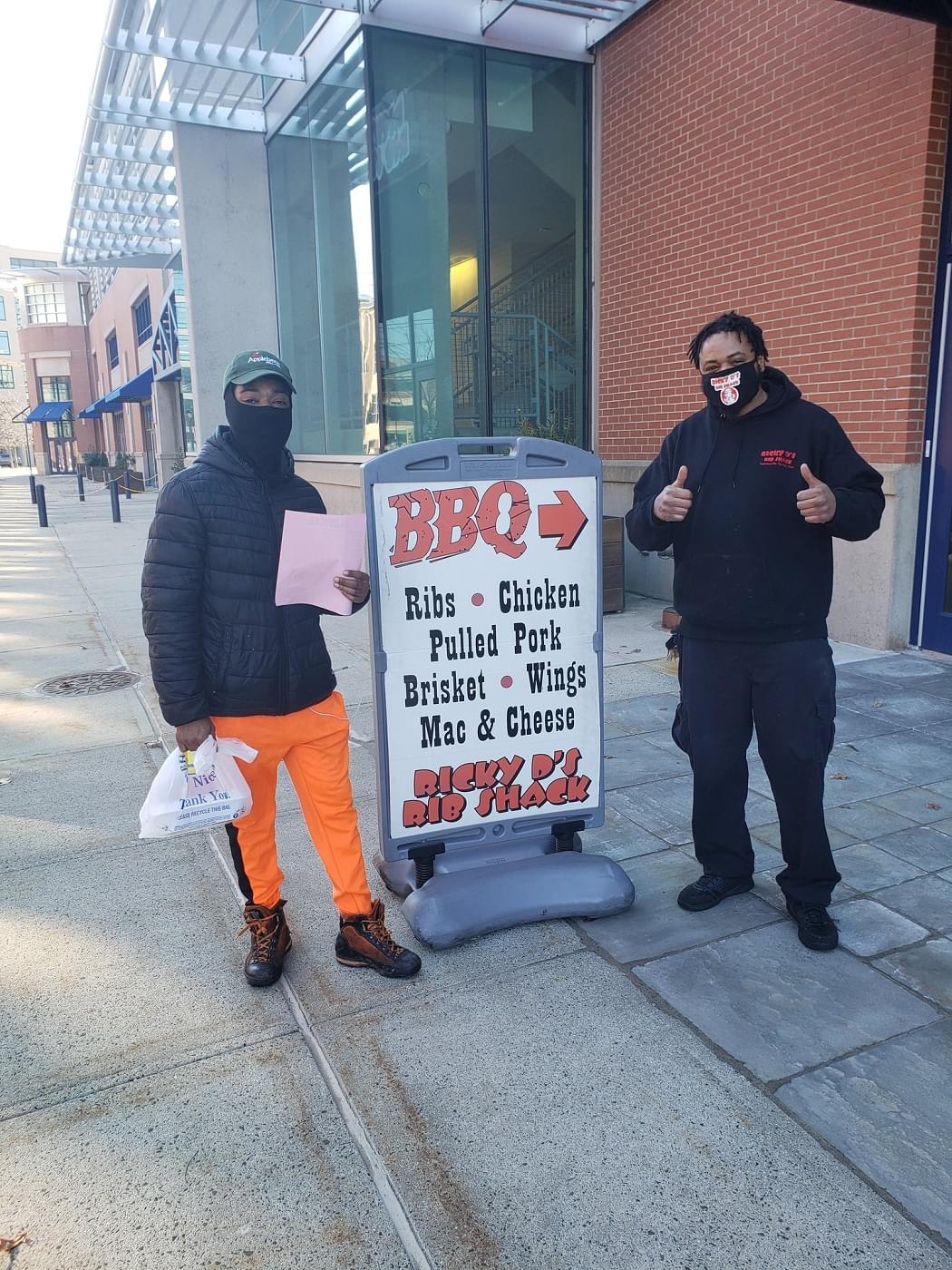 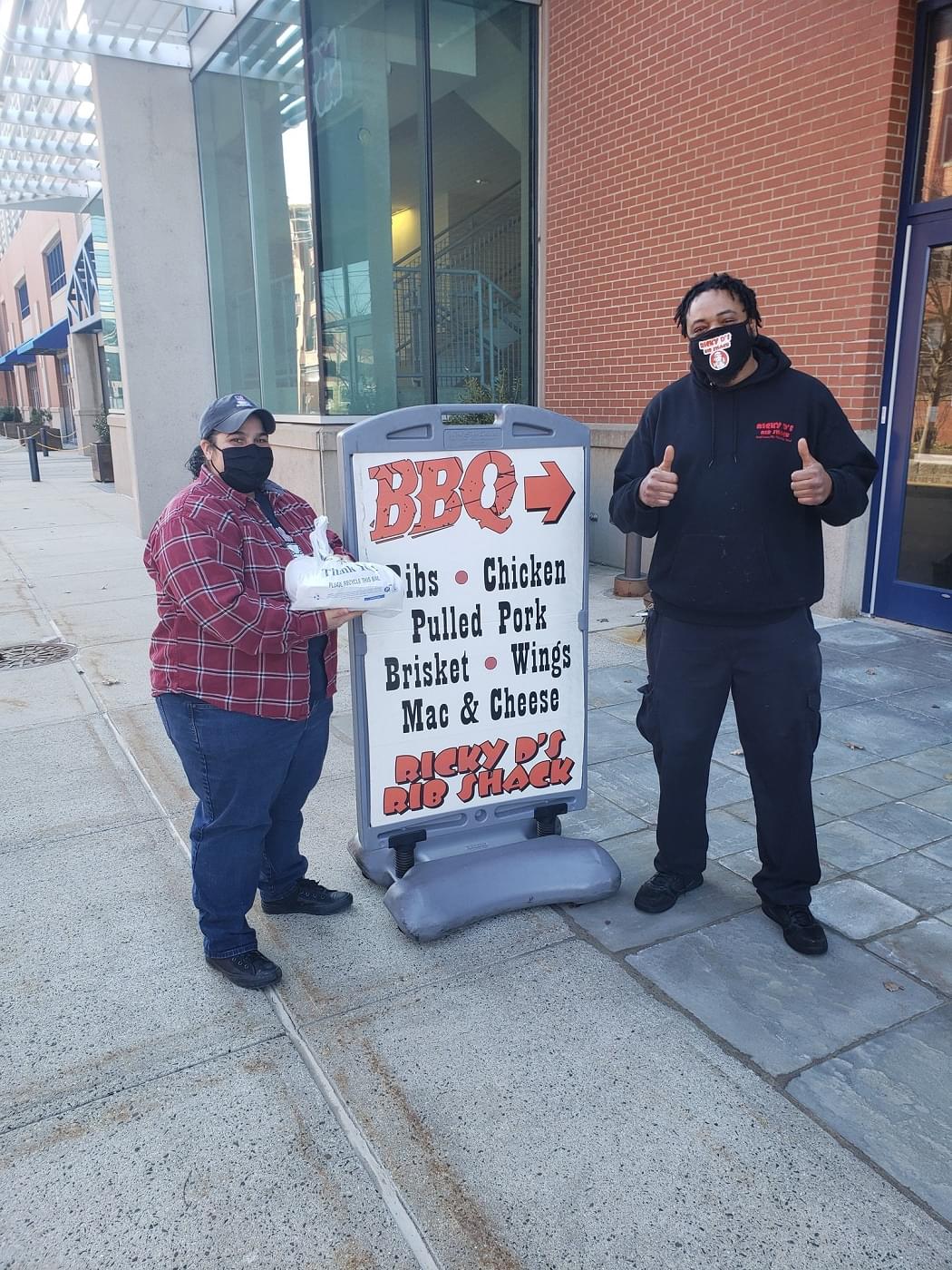 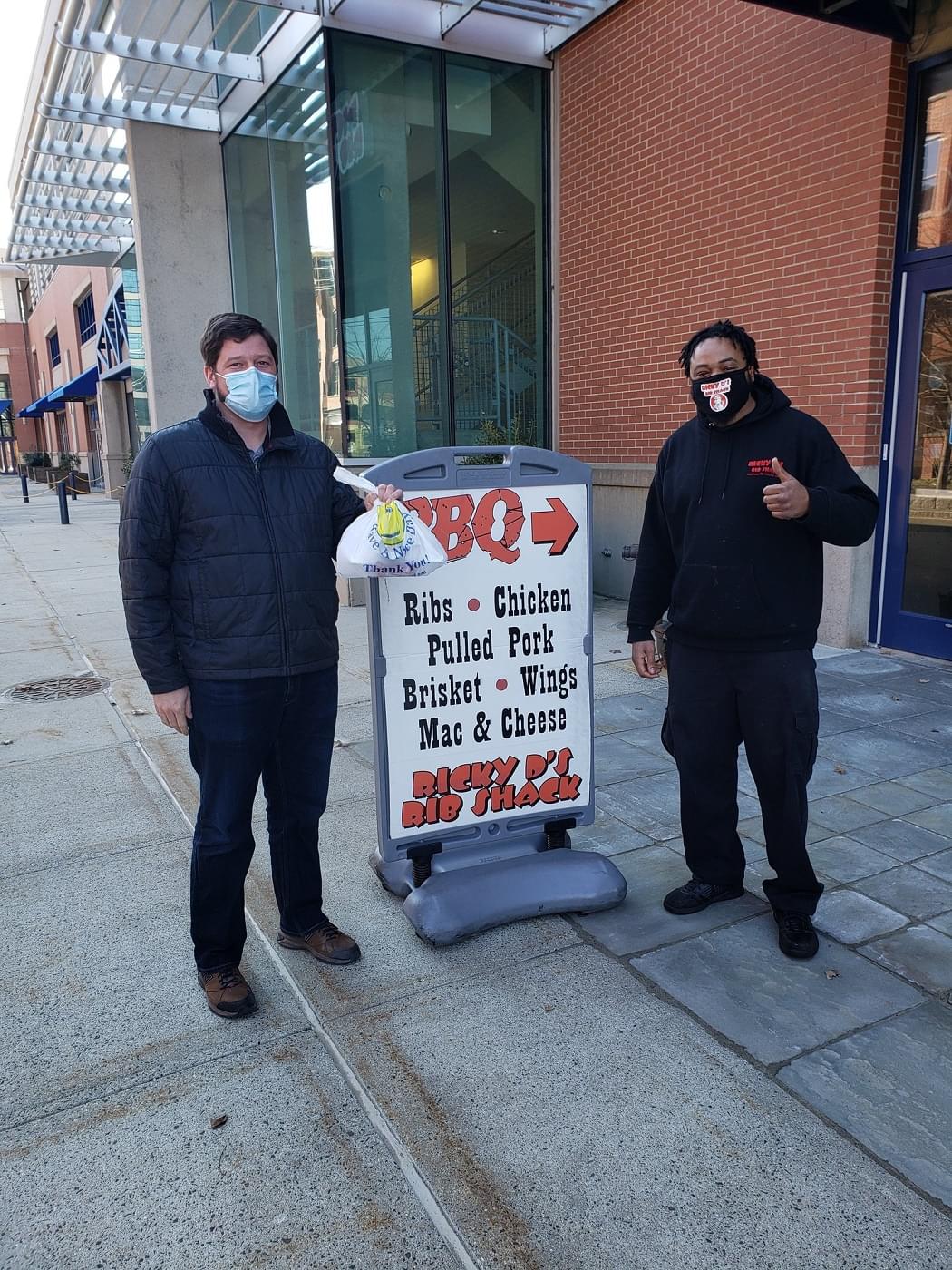 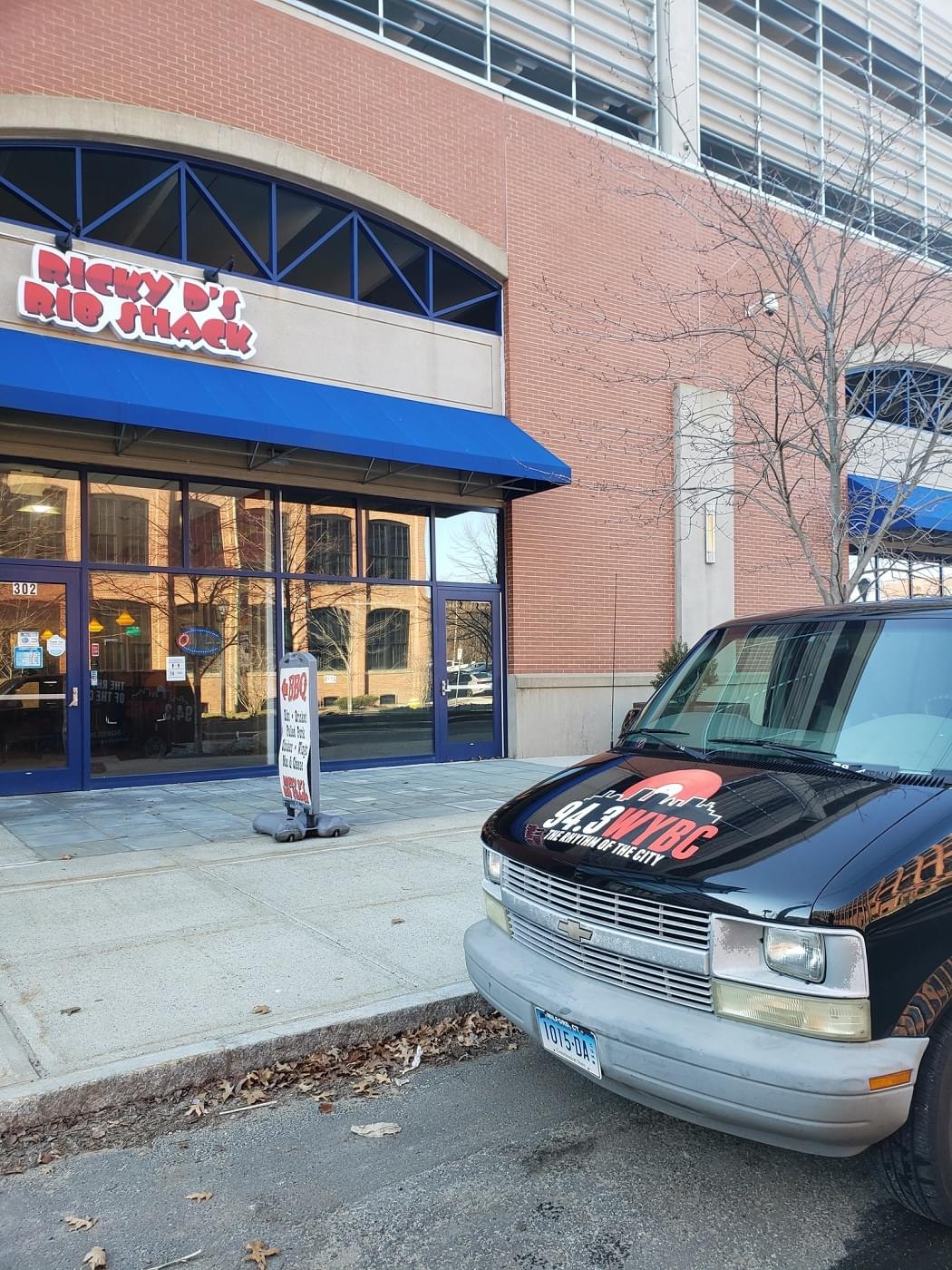 Our Acts of Kindness at Vegan Ahava 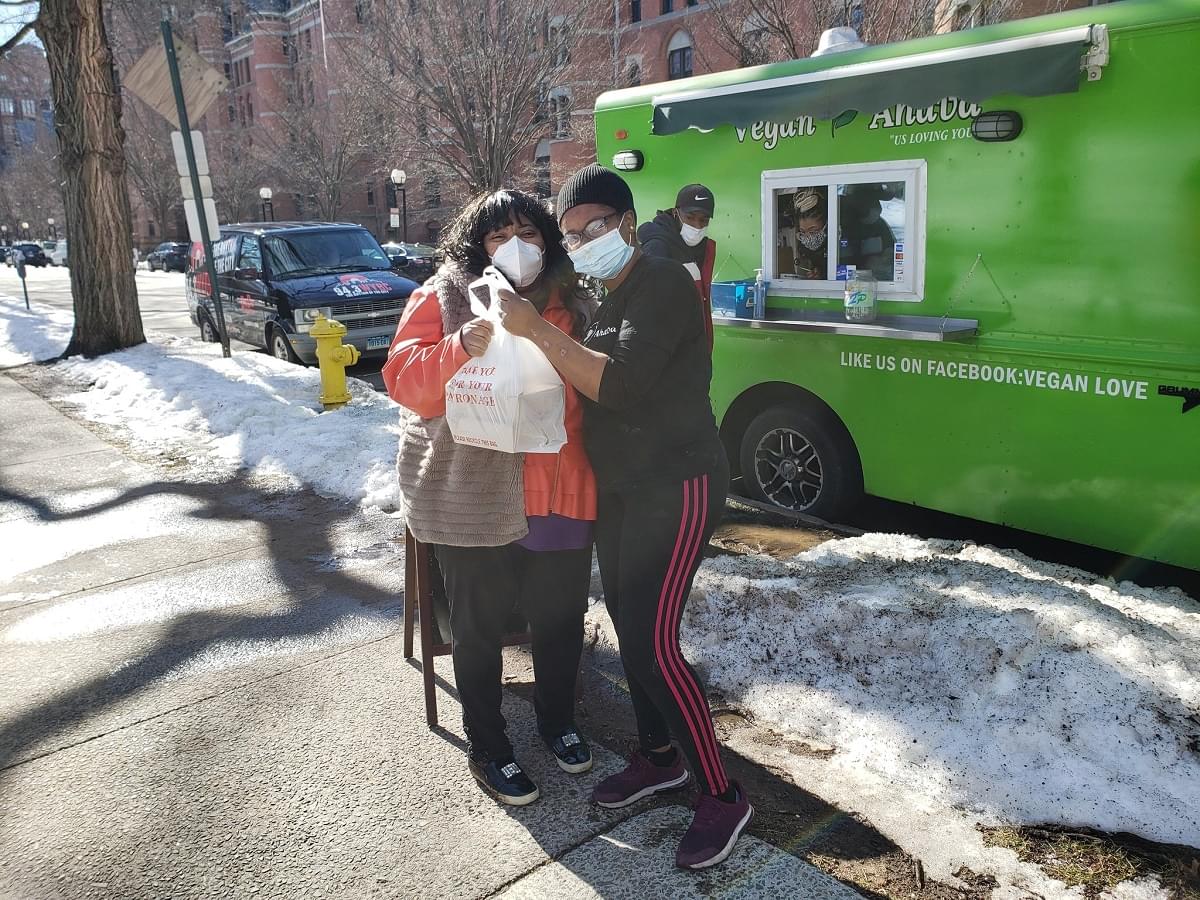 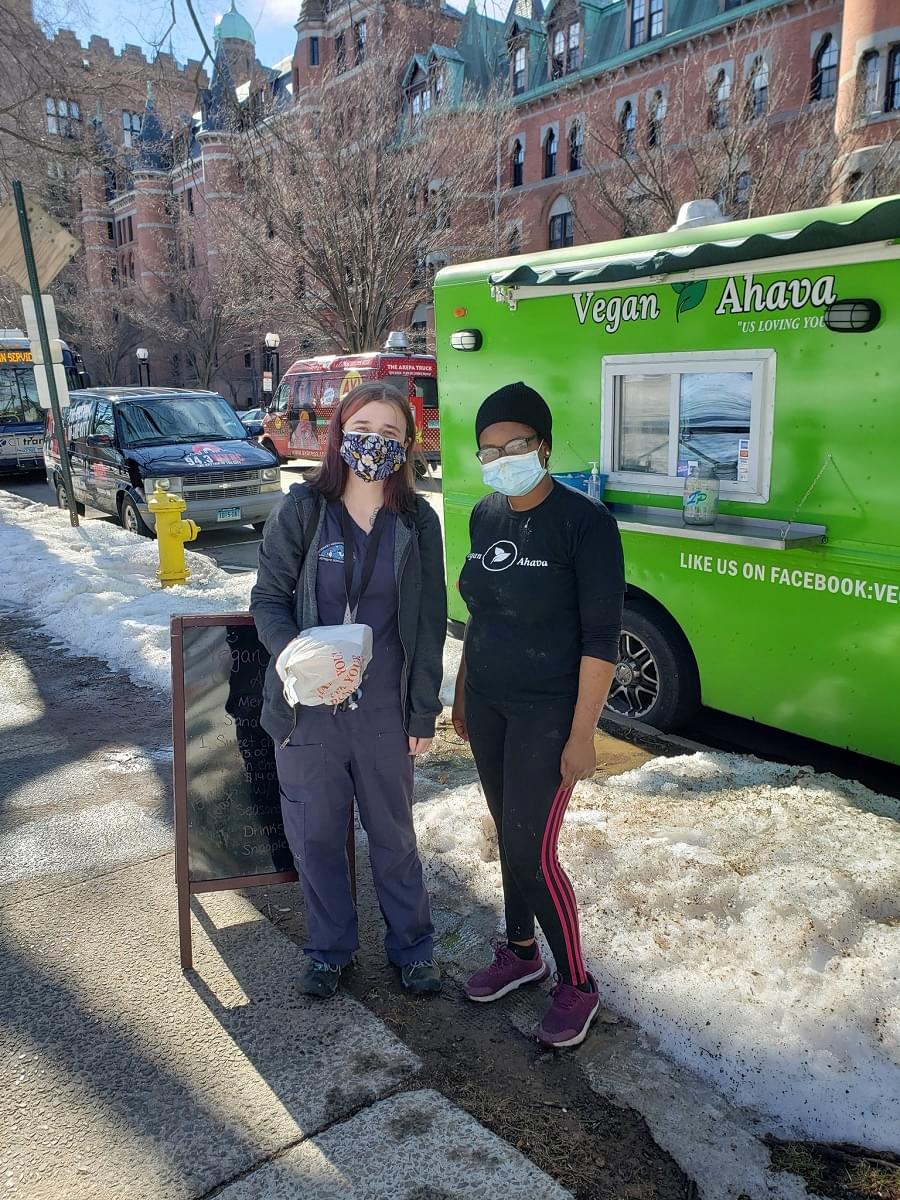 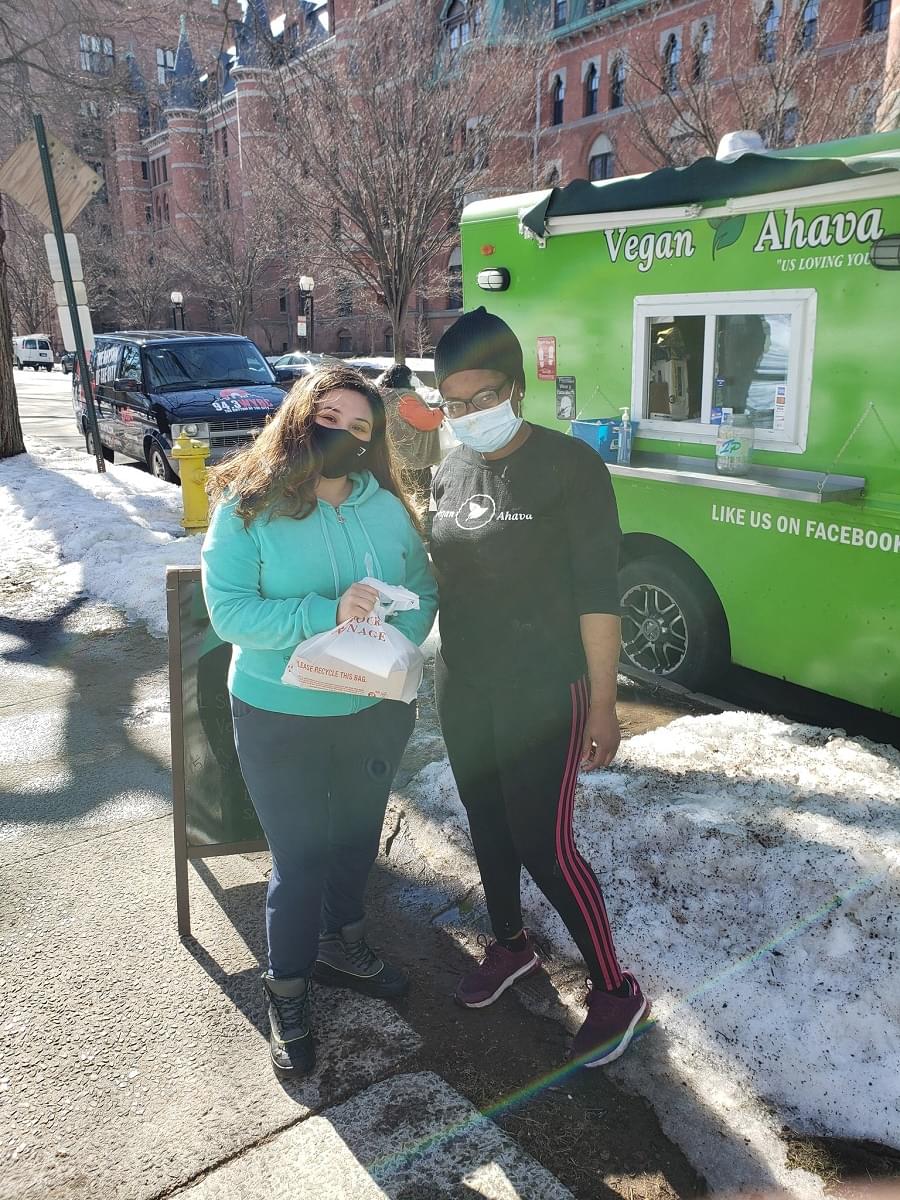 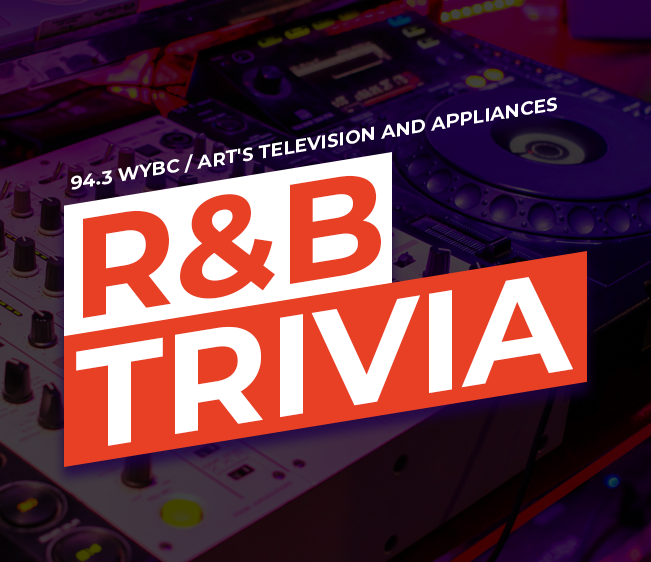 Throughout the month of March listen weekday mornings to DeDe In The Morning with Darryl Huckaby. Each weekday morning from March 1st-26th Huck will ask 3 trivia questions about R&B music. Be the correct caller at 203-562-9430 and correctly answer all 3 questions. If you do that, you’ll be automatically qualified to win the Grand Prize: a 50 Inch Television from Art’s TV & Appliances in North Haven!

Huck will announce the Grand Prize winner during DeDe In The Morning on Monday March 29th.

So be listening for your chance to win! Good Luck! 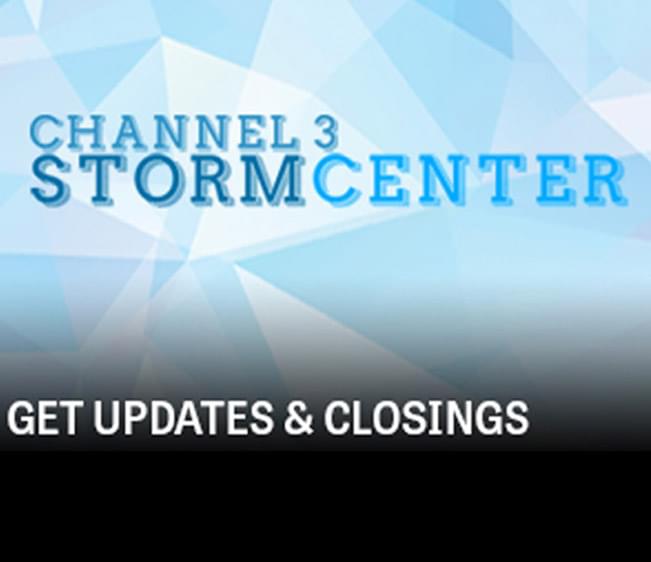 When bad weather hits, be sure to turn to 94.3 WYBC and our friends at WFSB Channel 3 for the most up-to-date closings and delays. 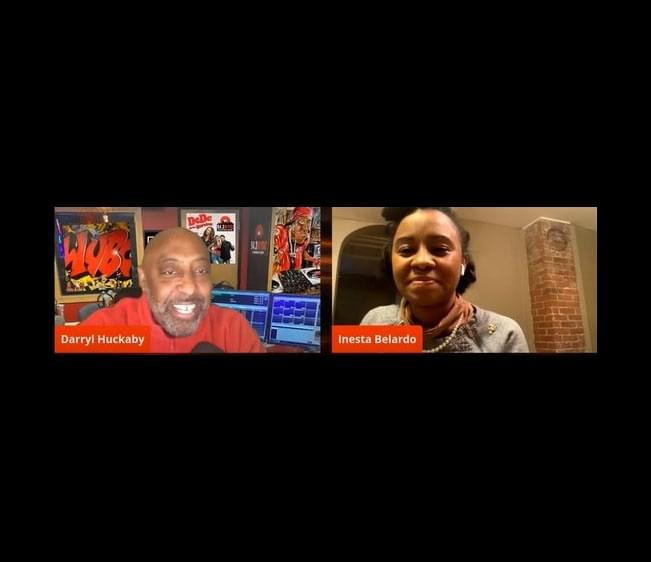