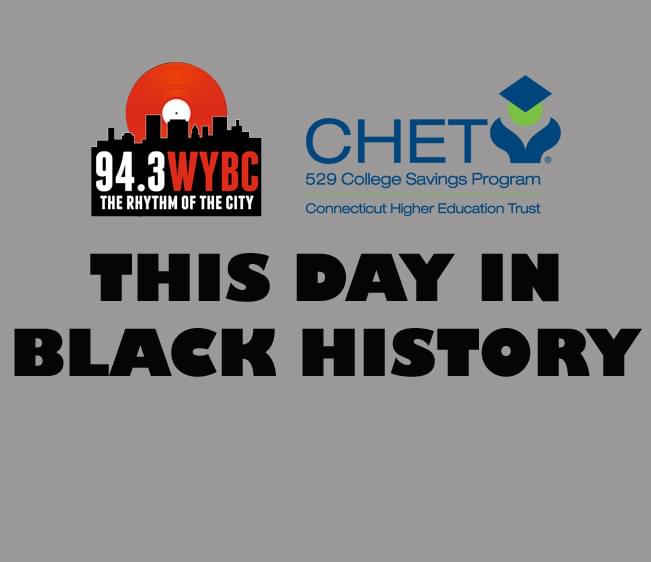 1975 –Joseph W. Hatchett sworn in as first Black supreme court justice in the South in the twentieth century

1838 – Frederick Douglass escapes from slavery disguised as a sailor.

1895 –NAACP leader, Charles Hamilton Houston was born on this day

1930 –Sonny Rollins, a powerful force in jazz, is born

1954 – The start of Integration in Washington D.C. and Baltimore, MD public schools.

1901 – Roy Wilkins, second Executive Director of the NAACP, dies on this day

1915 – Association for the study of Negro Life and History founded by Carter G. Woodson

1973 –A commemorative stamp is issued by the U.S. Postal Service to honor Henry Ossawa Tanner, the first African American artist elected to the National Academy of Design

1959 – “Duke” Ellington won the Springarn Medal for his musical achievements

1977 – Quincy Jones wins an Emmy for musical composition for the miniseries Roots. It is one of nine Emmys for the series, an unprecedented number

1992 –Dr. Mae Jemison became the first African-American woman in space when she launched from the Kennedy Center to join Spacelab J, a joint U.S.-Japanese mission

1969 –Tyler Perry is an American actor, producer and director. He was born on this day as Emmitt Perry Jr

1852 –Inventor Jan E. Matzeliger was born in Dutch Guyana and immigrated to the US in 1878. He patented a shoe lasting machine in 1880.

1848 –The French abolish Slavery in all their territories

1889 –Birthday in Sanford, Florida of Claude A. Barnett founder of the Associated Negro Press, the first and only Black news wire services in the US. Barnet, who died in 1967, was a 1906 graduate of Tuskegee Institute

1984 –The Cosby Show premieres on NBC

1863 – First Black person to serve on the DC board of education, Mary Church Terrell was born

1977 –John T. Walker installed as the first Black bishop of the Episcopal Diocese of Washington

1861 – Secretary of Navy authorized enlistment of slaves as Union sailors

1867 –Business and civic leader, Maggie L Walker was born on this day

1968 –The Studio Museum of Harlem opens in NYC

1986- Shirley Ajayi became the first African American given a part on a television show as a psychic. Her show lasted six months in Chicago as a seasonal show.

1991- Jazz trumpeter and composer Miles Davis died from complications following a stroke in California, at the age of 65.

1962 – President John F. Kennedy authorized use of federal troops in integration of University of Mississippi

1991- Mike Powell broke the world long jump record when he jumped 8.95 meters at a meet in Tokyo, Japan.