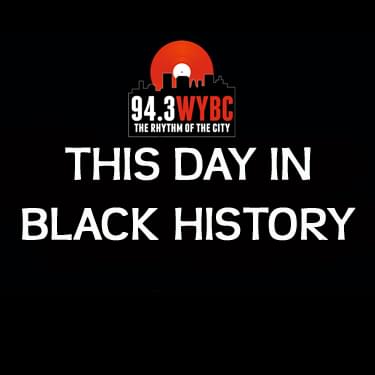 1899 – Blacks voted for the first time in a state election in the South, contributing to Republican sweep in Tennessee

1951 – While manning his machine gun during a surprise attack on his platoon on this day, private first class William Henry Thompson of Company M, Twenty-fourth Infantry Regiment, became the first Black to earn the Medal of Honor in the Korean conflict

1966 – The Charles R. Drew Postgraduate Medical School (later Charles R. Drew University of Medicine and Science) is chartered in Los Angeles. It is the only African American focused medical school west of the Mississippi

1892 – Harriet Tubman receives a pension from Congress for her work as a nurse, spy, and scout during the Civil War

2011 –Hazel Johnson was the first African American woman to become a general in the U.S. Army

1861 –The congressional confiscation bill freed slaves who were forced to fight against the United States government, or to work in support of the rebellion

1954 –Charles H. Mahoney was confirmed by the Senate and became the first Black to serve as a full delegate to the United Nations

1854 – James Conway Farley, the first African American to achieve prominence in the photography industry, was born

1881 –The Coca-Cola Bottling Company agreed to pump $34 million into Black businesses and the Black community, ending a national boycott called by PUSH

1931 –Spingarn Medal awarded to Richard B. Harrison for his Portrayal of the “Lawd” in The Green Pastures

1938 –Maxine Waters was born this day. Congresswoman Waters is a Democrat from California

1963 –On sale this day was a stamp designed to commemorate the one-hundreth anniversary of the Emancipation Proclamation. It was designed by George Olden which made him the first Black to design a U.S. postage stamp

1884 – Born in Puerto Rico of Black and Hispanic heritage, Roberto Clemente was the second baseball player to be featured on a stamp on this day

1887 – Marcus Garvey, the father of the Black Nationalist and pan African movements was born on this day in St. Ann’s Bay, Jamaica

1993 –Robert C. Maynard, the first African American editor and owner of a major daily newspaper in the United States

1954 –Inventor Philip Emeagwali was born in Akure, Nigeria (He made the world’s fastest computer)

1950 – Chicago Atty. Edith Sampson was named the first Black representative (alternate delegate) in the U.S. delegation to the United Nations

1967 – Martin Luther King Jr. makes “I Have A Dream” speech at the Lincoln Memorial.

1968 – Rev. Channing E. Philips of Washington, D.C., became the first Black person nominated for president by a major national party. Philips was nominated as favorite son candidate by District of Columbia delegation at Democratic convention in Chicago and received 671/2 votes

1901 – Roy Wilkins, 2nd Executive Director of the NAACP, was born on this day